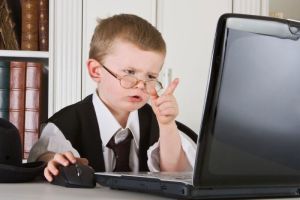 "Little Computer People" is a 1985 simulation game published by Activision. It runs on any Apple ][ with 48K.
Topics: apple2, wozaday

MECC A209 Conquering Ratios and Proportions

"Interpreting Graphs" is a 1986 educational game by Sharon Dugdale and David Kibbey, and published by Sunburst Communications. It requires a 48K Apple ][+ or later.
Topics: apple2, wozaday

A Woz A Day
Now You See It, Now You Don't - Was it there? Was it missing? (woz-a-day collection)
-
software

First-Letter Fun is a set of four programs that give practice in matching the initial sounds of words with the letters that make those sounds. With the exception of the letters Q and X, all the letters of the alphabet are presented for practice. In the case of words beginning with vowels, only the short vowel sounds are used.
Topics: Educational, Early Learning

This package presents five engaging games that require players to develop strategies and use their estimation skills in order to be successful. Range Finder - Help Esther Mation quickly locate the correct ranges for actual answers to problems. Tic-Tac-Toe - Play a friend or a computer opponent in Tic-Tac-Toe. Use rounding skills to be the first to get three in a row. Get In Line - Arrange numbers and expressions from smallest to largest as quickly as possible. Estimation Chompers - Quickly...
Topics: Educational, Basic Math

A Woz A Day
Where in North Dakota is Carmen Sandiego? (woz-a-day collection)
-
software