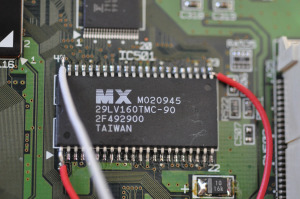 ROMs, Firmware and chip dumps from a wide variety of sources.

This upload contains quite a few DEC/Compaq/HP Alpha firmware update CDs. These CDs were posted on their FTP and sometimes bundled with Tru64/OpenVMS installation CDs to update Alpha systems to the latest firmware. At some point around version 5.7 or 6.0, firmware update CDs quit including firmware updates for earlier models. Therefore one has to check the smmtable.txt file on later CDs to see which CD has which firmware versions. Even older versions of the CD won't read normally under Windows...
Topics: DEC, Alpha, Digital Equipment Corporation, Compaq, HP

This upload contains several firmware updates for the AXPpci 33 Motherboard, including 1.4 on a floppy image, 1.6 from HP's website, fwupdate.exe with an unknown version (maybe 1.3 or 1.4?), and an SROM update for a 233mhz CPU.
Topics: DEC, Alpha, Firmware, AXPpci, digital equipment corporation, digital, axp

DESCRIPTION
ROMs, Firmware and chip dumps from a wide variety of sources.
ACTIVITY