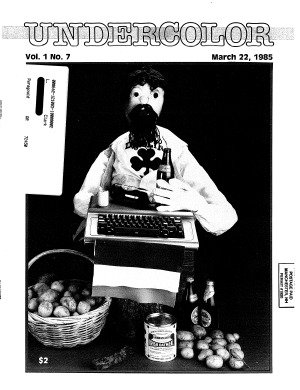 Color Micro Journal was a magazine in newspaper format publishing from September 1983 and spun off from '68 Micro Journal.

GeoWorld Magazine billed itself as the "definitive magazine about GEOS". It was published in the late 1980s to early 1990s.

A collection of user group and industry newsletters centered around the Acorn Computer. Acorn Computers Ltd. was a British computer company established in Cambridge, England, in 1978. The company produced a number of computers which were especially popular in the UK. These included the Acorn Electron, the BBC Micro and the Acorn Archimedes. Acorn's BBC Micro computer dominated the UK educational computer market during the 1980s It is more known for its BBC Micro model B computer than for its...