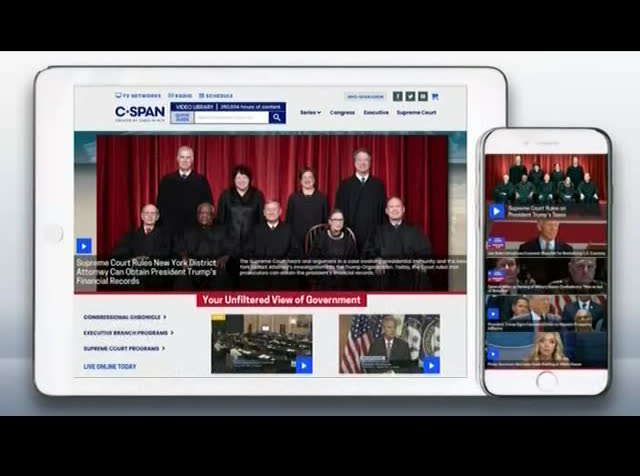 welcome. >> be part of a conversation with "washington journal," and if you missed any of our coverage, watch anytime at c-span.org or listen on the go with the free c-span radio app. more thaneeting for three hours at the capitol today on another round of covid relief , we heard from top negotiators. first, house speaker nancy pelosi and senate minority leader chuck schumer, followed by white house chief of staff mark meadows and treasury secretary steven mnuchin. though a deal was not agreed to, both parties said the meeting was productive and that talks will continue.
2:40 am 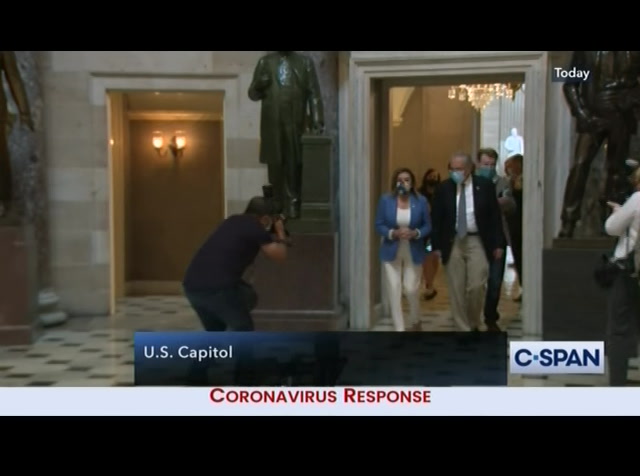 sen. schumer: this was the longest meeting we had and it was more productive than the other meetings. there are many issues that are still very much outstanding, but we had a serious discussion. we went down piece by piece and saw where each side is at. the staffs will be meeting over the weekend, tomorrow, to go through some of the things we went through, and we will meet again on monday. we are not close yet, but it was a productive discussion. now each side knows where the other is at and we will work hard to come to an agreement that meets the needs of the moment. we still believe, and discussed with them, that this is one of the greatest problems america faces and we need to meet those
2:41 am 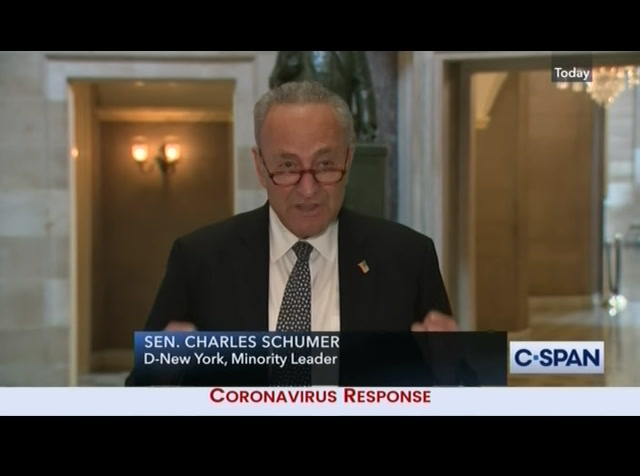 needs in a serious way, that just saying we will do halfway does not work when people need homes and jobs and housing and help. rep. pelosi: yes, central to all of this is to defeat the coronavirus. it is very central to our heroes act, a strategic plan to do that. if we have testing, tracing, treatment, distancing, mask wearing, sanitation, and the rest, we can lower this -- it is a freight train. it is increasing exponentially, the number of people infected and dying. it has an impact on the economy. the lives, the livelihoods, and the life of our democracy are at risk and affected by this coronavirus. so as we address the economic
2:42 am 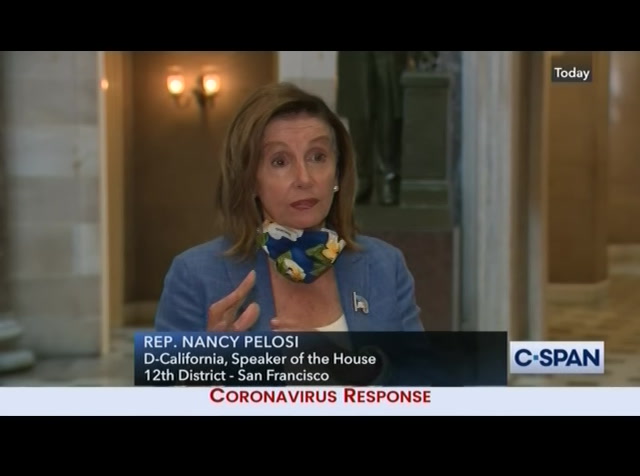 concerns of our families, there is a solution, and god willing we will have a vaccine one of these days soon, a matter of months, but people can be infected and die in the meantime and have an impact on our economy. we saw yesterday the numbers that talked about the impact on the gdp. what we are doing is not only trying to arrest the virus, but to invest in the economy as we help america's working families. so, today was productive in terms of moving us forward as the leader said, and our staff, theirs and ours, will be working to have some clarity in some of the issues and we will meet again on monday. but it is, again, we have to get rid of this virus so that we can open our economy, safely open our schools, and do so in a way
2:43 am 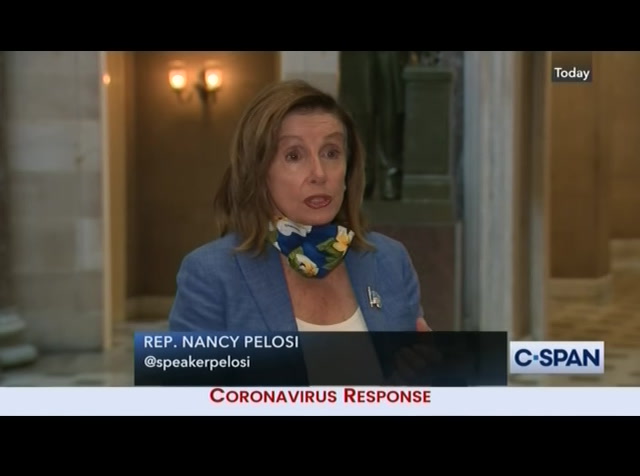 that does not give a cut in benefits to america's workers. here we have this challenge, and what they were saying before is, we are going to cut your benefits. that is one of the, shall we say, discussions we are having. sen. schumer: i said to them, if a million people are without food, you don't say let's compromise and give half a million food. if there are a million small businesses hurting, you don't save we are going to compromise and say we will help half of them. on the other hand, it was the best discussion we have had so far, and i would call it progress, but a ways to go. ok, is that fair? rep. pelosi: the fact is that this week, for the 19th straight week, over one million americans filed claims for unemployment insurance. millions of people are food insecure in our country,
2:44 am 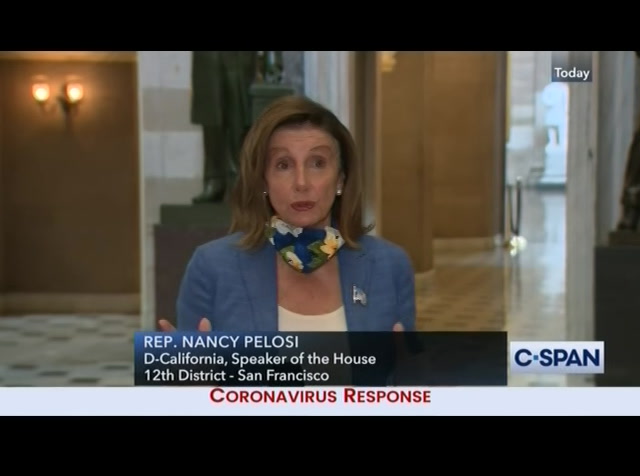 millions are on the verge of eviction. people need resources to meet the needs of their families. it is very important, as we come -- this is not a usual discussion because the urgency is so great. healthwise, financial healthwise, and, again, the health of our democracy because our elections will be affected by the coronavirus and we must address that. sen. schumer: thank you, everybody. rep. pelosi: thank you.
left
right
Borrow Program
tv

House Speaker Nancy Pelosi (D-CA) and Senate Minority Leader Chuck Schumer (D-NY) spoke briefly with the press after meeting with White House Chief of Staff Mark Meadows and Treasury Secretary Steve Mnuchin to negotiate another round of COVID-19 relief. Though a deal was not agreed upon, Leader Schumer said the meeting was "more productive than the other meetings" and that they had a "serious discussion."