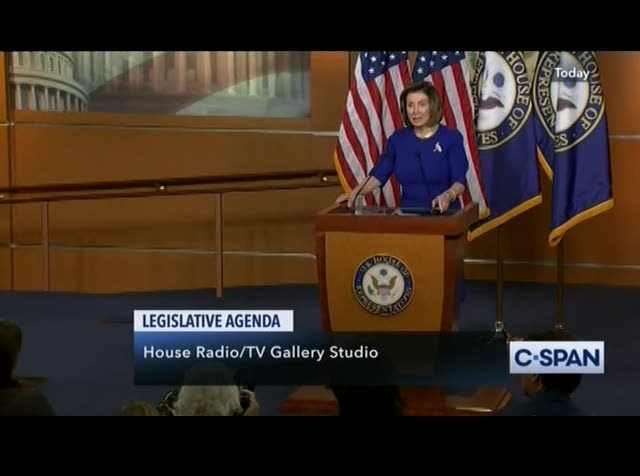 you. reporter: do you think afraid -- voters were speaker pelosi: no, i don't think so. i think anybody can be president. republican leader kevin mccarthy also held his weekly briefing today with capitol hill reporters. mr. mccarthy: all right. begin. when house members depart this week, the american people could feel better about the fact we now one step closer to delivering on the funds needed america's health first. i wish we were able to do this last week but this straightforward emergency funding bill passed the house overwhelmingly esterday and speed up the development of vaccines,
3:04 pm 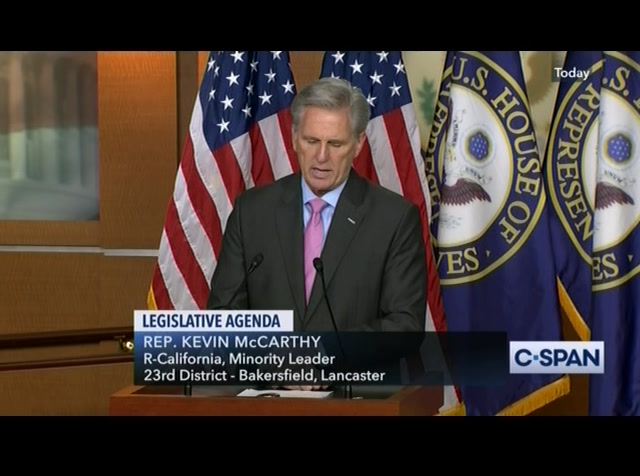 increased access to testing, reatment, and will expand access to telemedicine to make it easier to see their doctors remotely. very good news but also a reprieve that was unnecessarily delayed. since it became clear that was becoming more serious, i had urged our colleagues to leave politics out of the national discussion. that's the exact approach we we controlled in congress and president obama was n and we had ebola crisis and this is the same approach we're taking now. unfortunately, on the democratic side, we were not able to pass last week. they control the floor. gave the dccc to have ads against seven republicans, not sure what that about. it gave them a political arm they wanted to use. i don't think that's the place for it. owe the american people an apologize. and more, we should spend more problem. solving the i think the work we have done this week -- yesterday, we
3:05 pm 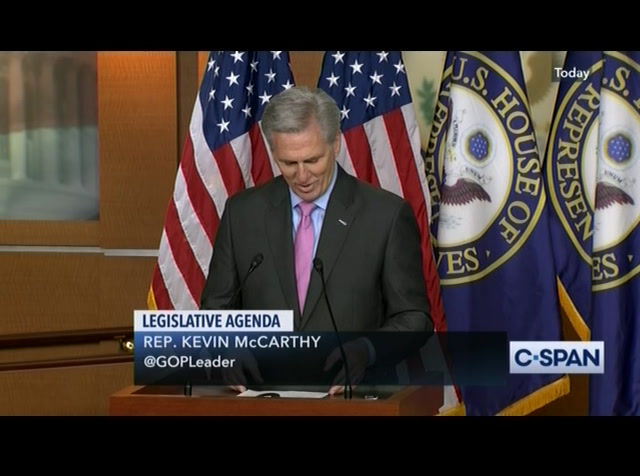 brought in a number of the vaccines working on and treatment. also, n.i.h. and also the vice a briefing as us well as the democrats. we had another briefing today. more about ore and this virus every single -- we learn more and more about this day. every single the problem is china being very closed. not open from the beginning. allowing our scientists or researchers or doctors in from the beginning. now we're able to discover more about it.more i -- i'm sorry. the democrats, this is a turning page for them, hat they could put politics aside. focus together putting the american public first. floor t watched on the that we just won the sixth recommit, but there's a real underlying message about won this motion to recommit. socialist winghe of the democratic party controls
3:06 pm 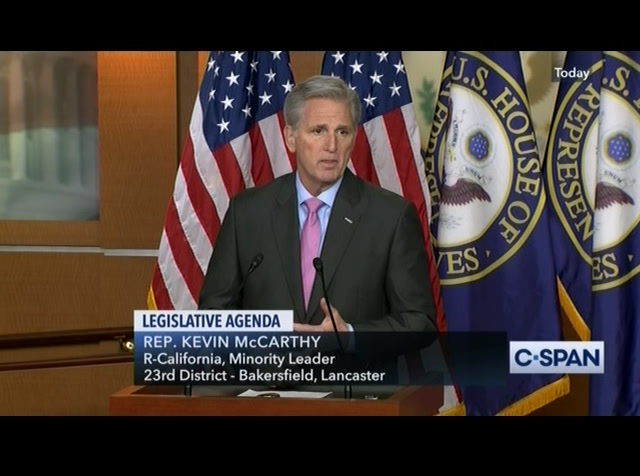 the floor. democratic member, congresswoman underwood, had the amendment and wanted to offer it. by leadershipback because the socialist wing of the party did not want to have forward on nt go this bill. we think all ideas should be and to move on the floor, we think the power of the idea win.d be able to if you watch when it was offered, overwhelmingly the majority of the house would like not hire t.s.a. terrorists or those who have convicted of sexual misconduct with minors and others. but the socialist wing of the controls now the democratic party said that could not be offered. the only opportunity the licans have, because majority controls the rules committee, so we used it as a the -- motion to recommit, and it's the sixth ime we were able to win on the floor. that's six times more than that have ever happened when we were
3:07 pm 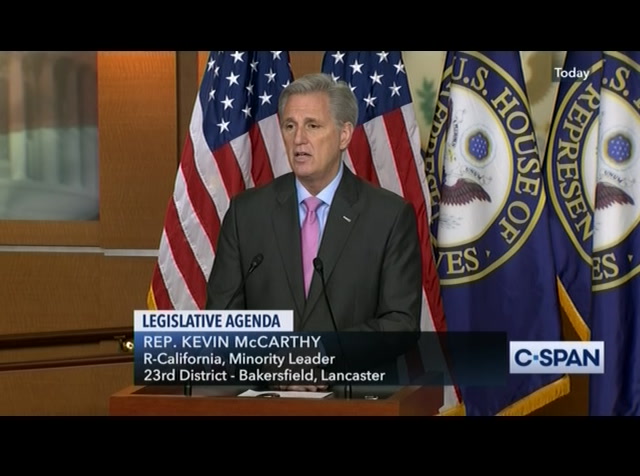 in majority. a more open have process, maybe if you allow more ideas to come to fruition and actually vote on these items that you'd have a congress.ctive the most telling part of all of this, this is not the democratic past.we knew in the it's not controlled by the members in -- the the majority who don't even call themselves democrats. they call themselves socialist now their own idea is to control the floor and deny other members their idea coming forward. so with that let's open it up questions. yes, sir. eporter: yes, chuck schumer commented about justice gorsuch saying
3:08 pm 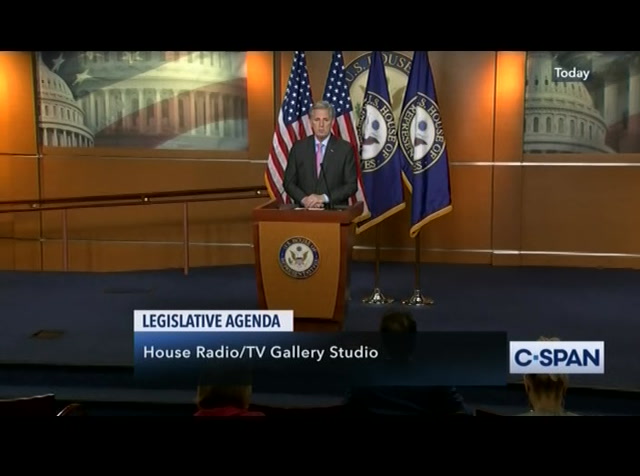 [inaudible] mr. mccarthy: i don't think you should take this lightly. it and where they said it. we have three co-equal branches. we had the leader of the democrats in the senate standing ver the supreme court, i believe, before the supreme court is going to hear a case two new judges. threatening them. mincing his his -- words. being cheered by it. that. so much better than i don't care if it was a republican or democrat doing it. it's unacceptable and it is a low. it's inappropriate. it goes beyond just an apology. that what he really meant? we know chuck schumer. he's been a member of congress. senator for quite sometime. and he's been a leader. inappropriate, but to take it to that level, it almost brings a threat not only those members of the supreme ourt to others, for others to
3:09 pm 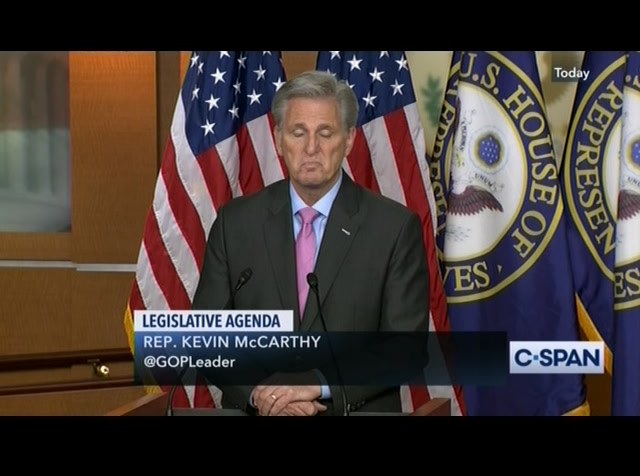 act. i don't know if democrats want to change their leadership over t, but i've heard some talk about it. so i wouldn't -- i would -- from just andpoint of censuring, i think there are other actions that could take place. always found inside our party, i think it's a place that you should look at if that's who leader, if your that's the action and words you support, then they would probably do nothing. if they disagree with those think something th-- something should happen. yes. nobody behind you. reporter: i think trump has gone after judges in the past. has senator schumer's comments different? mr. mccarthy: very different. case to beg before a heard. he's threatening supreme court judges when they have the power to them on how to make a decision on that case. branches, co-equal that's not a role for him, but he's doing it as a leader in the
3:10 pm 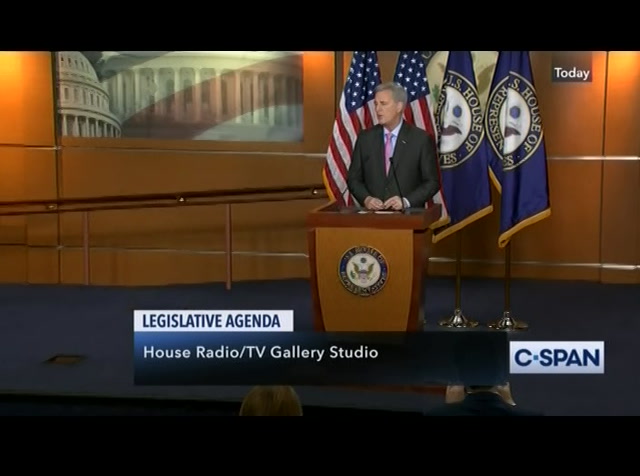 of an entire party he leads, he's voicing those concerns. and he's doing it before the case is being heard at the senate. so the actions and the words using spread out to everybody else, and it's over a ase and how to decide that case. what else? reporter: sir, can you update on the fisa talks? how are things standing? see ccarthy: i'd like to the -- get us to a point where we can find some compromise, find some reforms. we can get there. e have been talking with steny hoyer on the democrats -- the democrats in the appropriate committees. made ideas across to them. we have been waiting for them to ive us their feedback or make an offer back, if you would call it that. thought we'd get one two days ago. i thought we'd get one yesterday. i was hoping we'd get it today nextse time is running out week. when i get done with this
3:11 pm 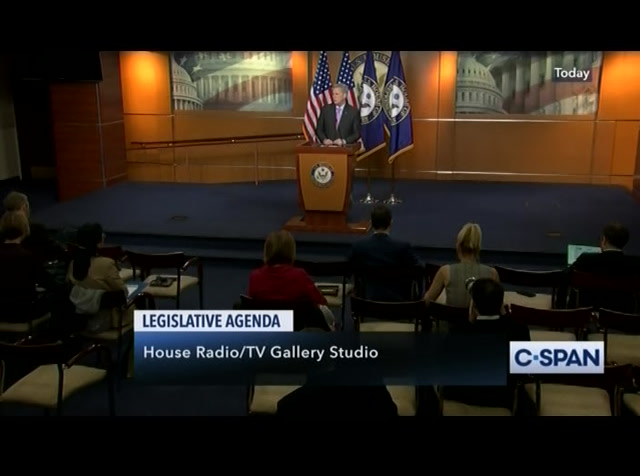 conference, i know the leader the floor quy on right now. i was going to call him after when we can to see solve this problem. >> last question. it comes to n [inaudible] will issue -- why isn't house republicans theing to this when you had gavel? is it about politics? mr. mccarthy: it's not about politics at all. beforehand? this the knowledge when i became ware of it, we were not in the majority. interesting to me that -- i don't think politics should ever it. into i don't think partisan politics should ever play into it. that's of a power elected to the point of vice on ident that you could fly air force two, bring your son, you go to a foreign country, while n can do business you're in that country, your son can get a contract for $50,000 greater a month with no that your whatsoever,
3:12 pm 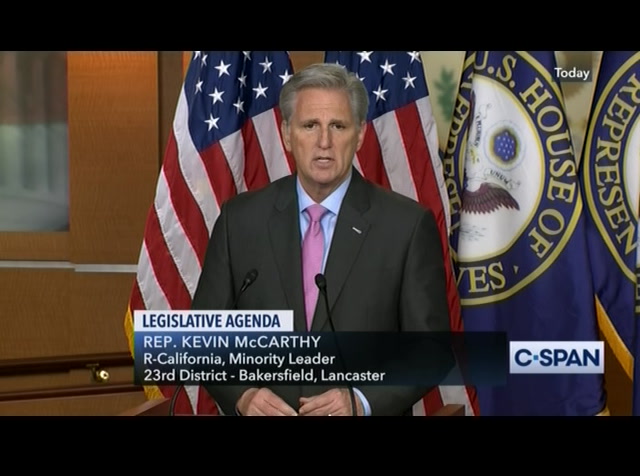 own administration had warned you that this couldn't -- this is wrong, that you say you did not speak to our son about it but you have pictures on a golf course with them about it, that you withhold oney to a foreign country unless they fire an individual who's looking over a company is being -- getting the money from. more than $3 million. out later, even his own brother getting contracts. good government is good government wherever it is and whenever it is. his has nothing to do about politics. i think it happens to do with honesty, fairness, and the rule law. i'm shocked that question should be asked probably to the speaker. all the times that they spent only investigating in their majority, why didn't they that?igate public in the polling said they wanted it
3:13 pm 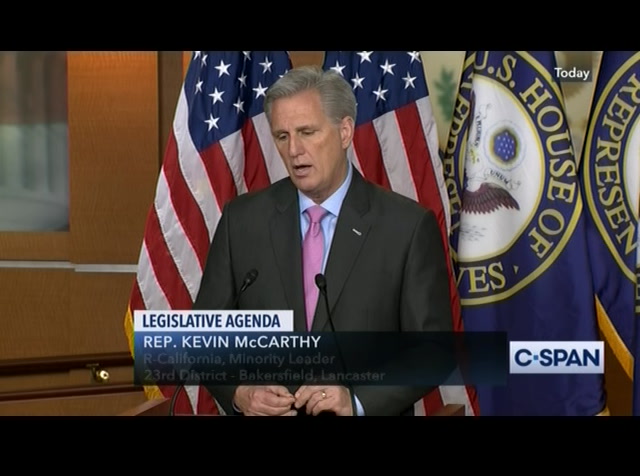 nvestigated two times to three times more than the impeachment investigation. they have the majority. they want to look the other way somebody of to their own party. that becomes a question of politics. look your going to own way because that happens to be someone of your own party, will you not stand up for the law?of it willing trb to -- it will be hasn't ing to see why nadler held a hearing on it? on ff has held a hearing everything but intel. i say it falls into the intel ange because it's a foreign country. and then oversight itself. there are so many committees times all they spent their on, why couldn't they find time for this? all right. do nextnext thing we'll week, we'll get to the bottom of this birthday situation. [laughter] thank you, all. have a good weekend. [captions copyright national cable satellite corp. 2019] [captioning performed by the national captioning institute, which is responsible for its caption content and accuracy. visit ncicap.org] the federal response to the coronavirus, go
3:14 pm 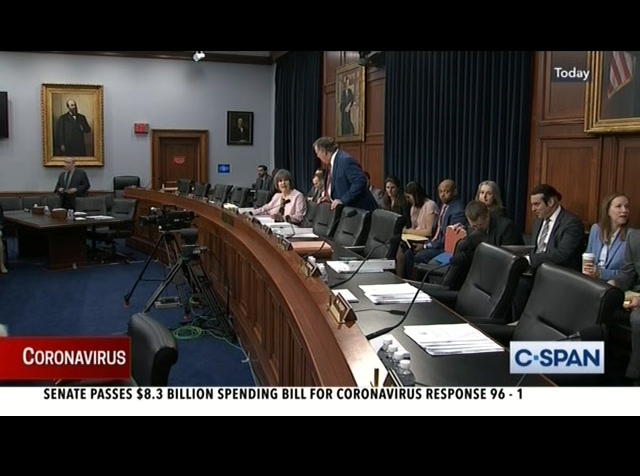 to c-span.org/coronavirus. you can find all of our coverage, including hearings, briefings, and review the latest events anytime at c-span.o c-span.org/coronavirus. in washington e today focusing on the infectious disease. the house appropriations subcommittee looks at the and other response health related issues. army, generals from the navy testify along with other health officials. this is just over 90 minutes.
left
right
Borrow Program
tv