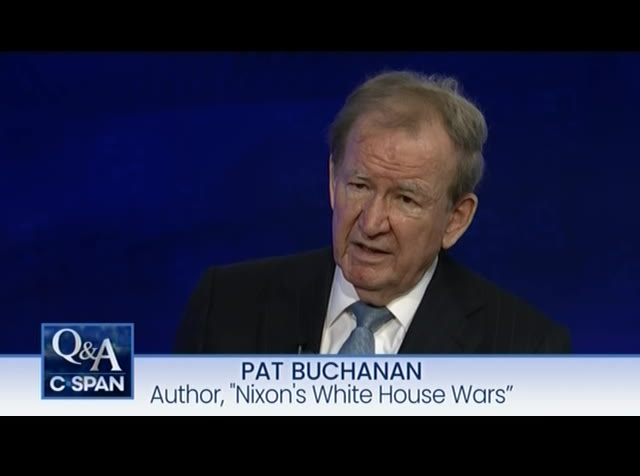 but nixon had called in hague and entertainment decided that he should burn -- entertained this idea that he should burn the tapes. i did not recommend burning subpoenas. there was property that was executive privilege. everybody knew it. if you simply got rid of them and said, it in peach and be dammed, i think he would have -- impeach and be dammed, i think he would have moved. he said in his memoirs, if he had burned the tapes, as i urged him to do, he would have survived, and i think he was right. today, director of the u.s. national economic council, larry kudlow, spoke to reporters outside the white house. he took questions on preparations for the fourth of july and economic talks with china.
11:51 pm 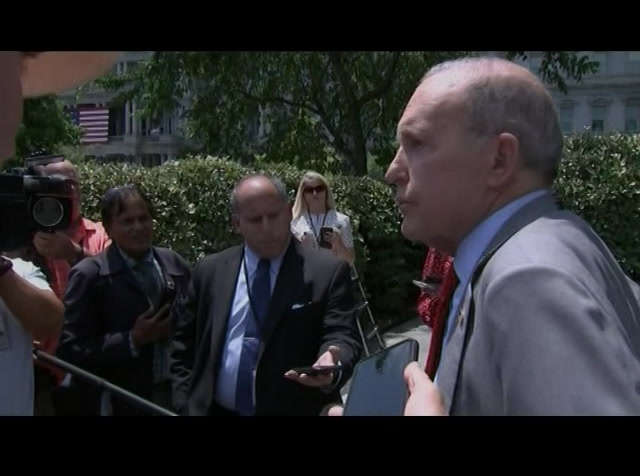 kudlow: -- >> the president has to walk a fine line in the way he talks about patriotism tomorrow night for it not to be political? mr. kudlow: i don't know what that means. he's proud of our nation. i am proud of our nation. i am proud of what the country is doing, so i don't know what you mean. go easy on that. liberty, and the pursuit of happiness. democrats are welcome. it is the toxic part of our times. i am sorry about that. speaking as an act democrat, i recommend -- x democrat, i x-democrat, ie recommend all democrats come. >> when will the next face-to-face between the u.s. and china come? mr. kudlow: soon.
11:52 pm 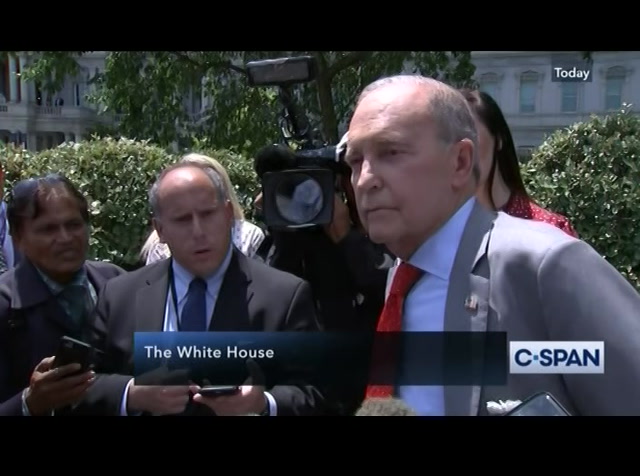 hadou mentioned you face-to-face talks this week. mr. kudlow: team to team. are lighthizers and secretary mnuchin. they will be on the phone this coming week. they will be scheduling face-to-face meetings and lots of communications. i don't want to predict or get ahead of the story. >> how concerned are you about the trade imbalance? people see that headline and they will wonder, are the trade imbalances working? mr. kudlow: look, the principal idea here is that we have free trade, balanced trade, reciprocal trading rights and laws.and
11:53 pm 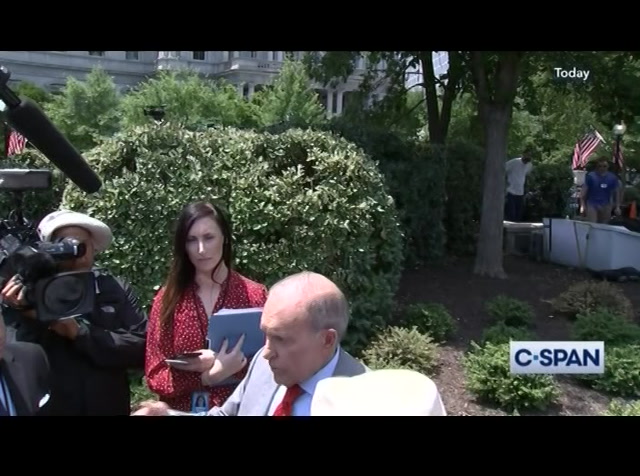 i am very optimistic we will get a u.s. mca deal the summer. i don't want to get ahead of the story. i believe there will be a vote and i believe we will win that vote. that is a huge win for our training policy -- trading policy. it will be a huge boost for the american economy. regarding china, it is tougher. the headlight, great that we will be opening talks with china. i think that was one of the president to great achievements last weekend -- two great achievements last weekend. we have been accommodative. we have slightly opened up the general merchandise applications for export licenses. we are hoping that china will to by purchasing a
11:54 pm 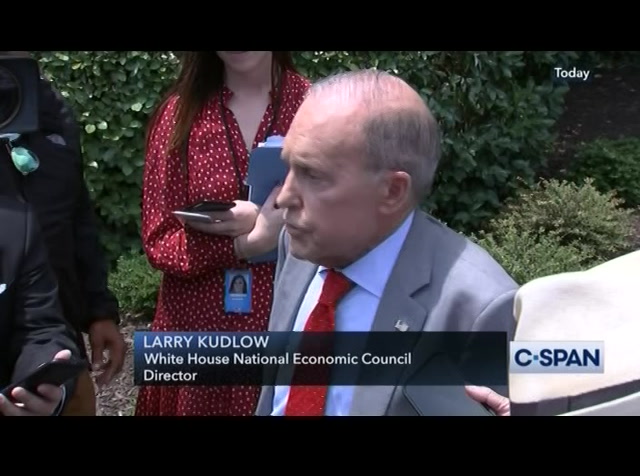 good many of american imports, agricultural services, maybe industrial, maybe energy. it is not done yet, but we are hopeful. having said all that, and this is what americans need to know, their unfair and frequently unlawful trading practices cannot be tolerated. it has to be right on the money. it has got to include the ip and and technology -- theft technology transfers and tariff and nontariff areas. there are issues about cyberspace hacking, privacy rights in the cloud, for example. very complicated and we made good progress up until last may. according tore, secretary mnuchin.
11:55 pm 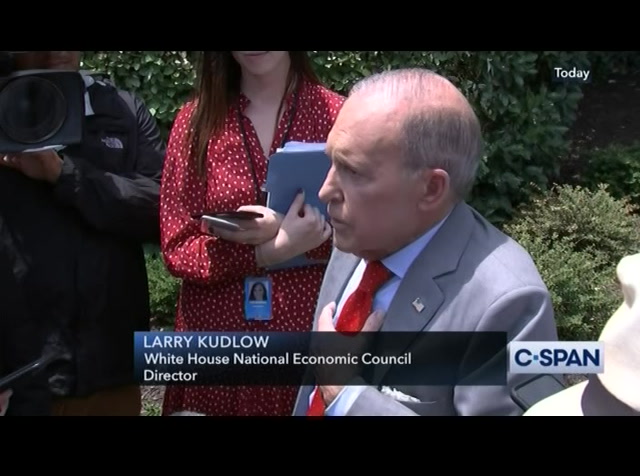 as a lifelong new york giants fan, we never seem to get into the end zone from the 70. i cannot promise anything. i can promise you that we are working hard at it, reopening talks. i can promise you we are seeking a balance relationship. >> is it getting worse right now? mr. kudlow: no. the laws and customs and unlawful practices, i would not say they are getting worse. those are the structural issues, which are more important than some of these trade numbers. we have to defend our workers, farmers, technologists. we have to defend the american economy. this is the first president in decades to really take it to china, right. not just a soundbite and walk away. he has been a tough bargainer. he is not afraid to use tariffs. i think the tariffs have her
11:56 pm 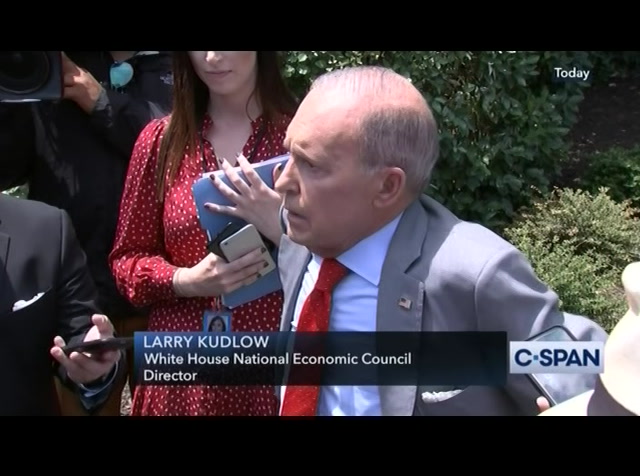 china far more -- hurt china far more. prices,na cut their their firms are losing money. those are some examples. we have to stay on course, stay on track. much work to be done, but there is a reopening here. that's a good thing. clear -- be census, there is political confusion. mr. kudlow: i don't know about the census. relationsdia trade are concerned. he met with prime minister modi. where are we now? they have a lot in common. mr. kudlow: i get it.
11:57 pm 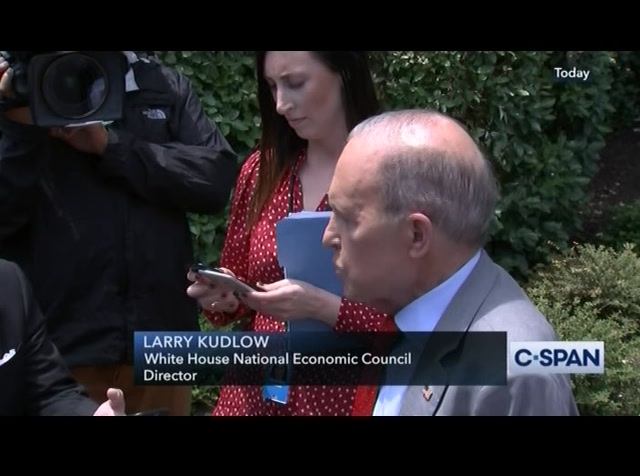 the president has a very good relationship with mr. modi, who is a businessman. thank you. take care. >> thank you so much. >> thank you. >> this independence day on c-span, we are live with joe at 2:30d jill biden p.m. eastern for their fourth of july presidential campaign stop in marshalltown, iowa. at 6:00 p.m., president donald trump at the lincoln memorial for the fourth of july celebration. , former speechwriters for bill clinton, george w. bush, and michelle obama discuss their work and white house stories at the university of chicago institute of politics. watch this fourth of july on c-span. california senator kamala harris took her presidential campaign to des moines, iowa
11:58 pm 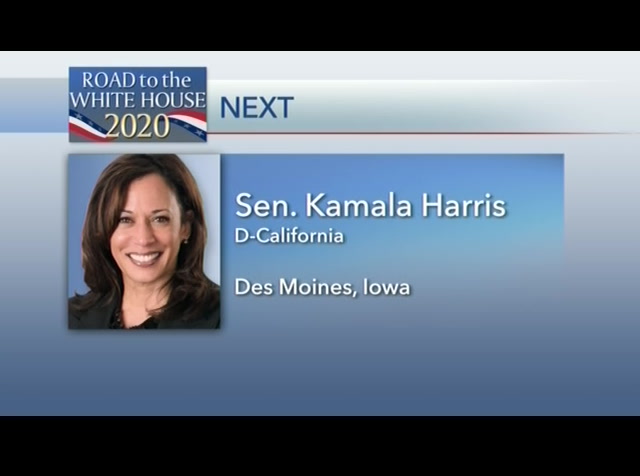 wednesday for a campaign meeting. topics included health care, teacher pay, border security, and detention centers at the u.s.-mexico border. this is just over an hour. [applause] [applause] >>, -- kamala! kamala! sen. harris: you are amazing. thank you so very much. you where so many hats. -- wear so many hats. i
left
right
Borrow Program
tv

Director of the U.S. National Economic Council Larry Kudlow spoke to reporters outside the White House.