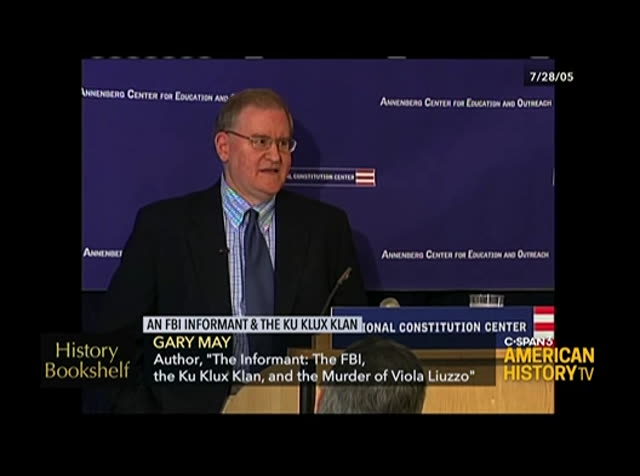 i'm primarily a storyteller. i always wanted to write in a way that is accessible to readers. there's no point to write for six or seven other scholars in the field. you have to have an audience. that's what i try to do. [applause] >> history bookshelf features the best history writers of the past decade talking about their books. you can watch on american history tv on c-span3. >> our look at san antonio continues as we hear from historian louis fisher -- lewis
4:48 pm 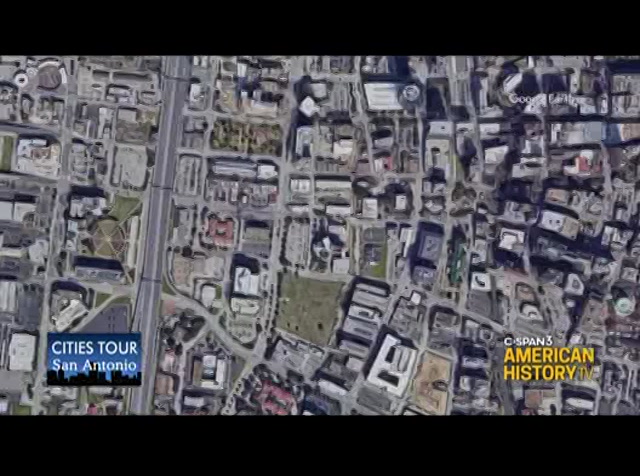 fisher about the center of the city. standing near are the spanish governor's palace, which was set up here due to the conflict between two european empires, france and spain, in the 18th century. spain had, of course, established itself in latin america and south america and mexico and northern mexico, especially important to spain because of very rich silver mines. it reached up to the northern border. it was along the red river where it was causing trouble with the indians. it's reach down into the silver mines. was goingrds knew it
4:49 pm 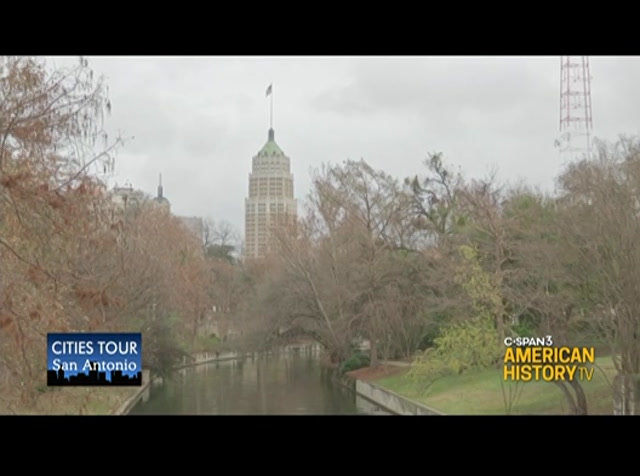 to come up on san antonio and in 1618, 302 years ago, san antonio was established here. the first challenge they faced was getting water. the first thing the priests did was to build a church. the second thing they did was set up a water system. -- yous you have looked have rivers but you don't have green fertile areas. they drew from their experience in spain which actually came from the roman empire. a system of irrigation ditches drinkingalso furnished water. everybody use the same water. they didn't know about terms. they wondered how they had
4:50 pm 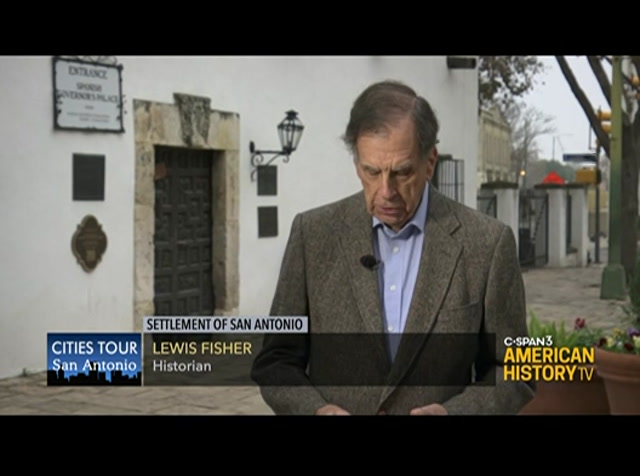 epidemics. san antonio was selected, in large part, because it had two major sources of water upstream. we have the headwaters of the san antonio river and the headwaters of the san pedro creek. from those places, the engineers very carefully -- because this land was flat -- they were able a system which came from those rivers and through channels and follow the line of gravity down through what became san antonio. -- it was not until the system was not in general use, but there are still to get at the spanish missions, which are still used to water crops.
4:51 pm 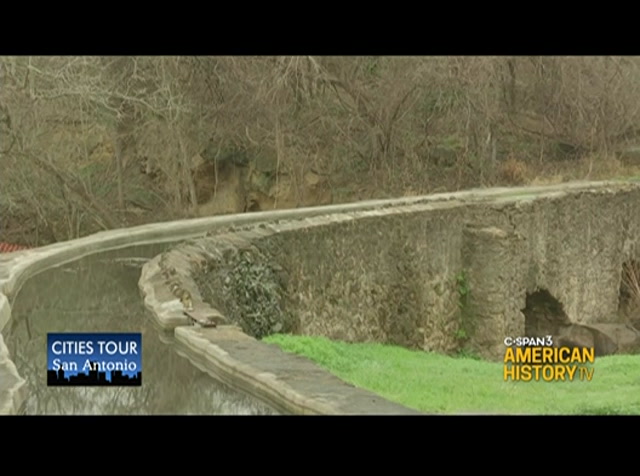 roleion has a very visible . .here are five missions we have the first mission, the of sann the city antonio. a few years later there's a second mission which has been , the largest and most successful mission in texas and three of the missions actually are scattered along the san
4:52 pm 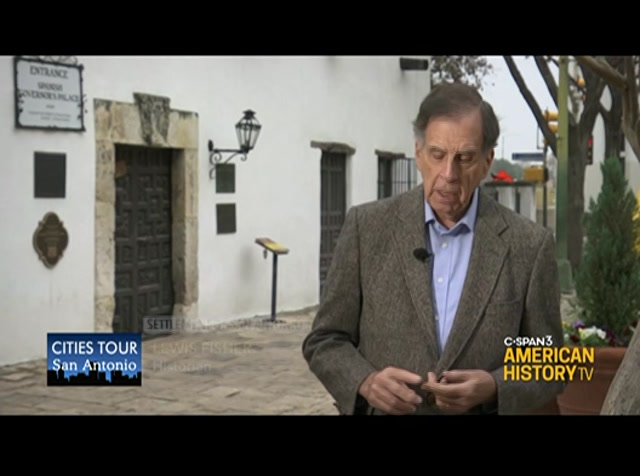 antonio river south of downtown. it is the largest unrestored church, spanish church in the united states. we have two smaller ones. juan to keepsan from confusing the californians. that gives us five missions. texas was very desirable for its geography and location. it went back and forth between various entities. san antonio's got whiplash in the early 19th century. there were six governments up
4:53 pm 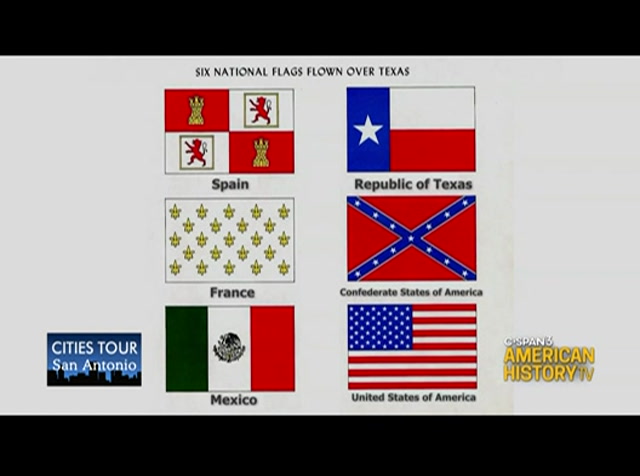 until the 1820's. in 1821, there was a revolution in which mexico took control. then came the republic of texas in 1836. and we have the republic of texasand then in 1845, was annexed by the united states. in 1861 we have the confederacy in charge. four years later, we are back to the united states. the single factor thatshakes its appearance shakes its appearance is we are a couple hundred miles from the texas coast and the only way to reach san antonio was by boxcar from the texas coast. that took a couple days. very difficult city.
4:54 pm 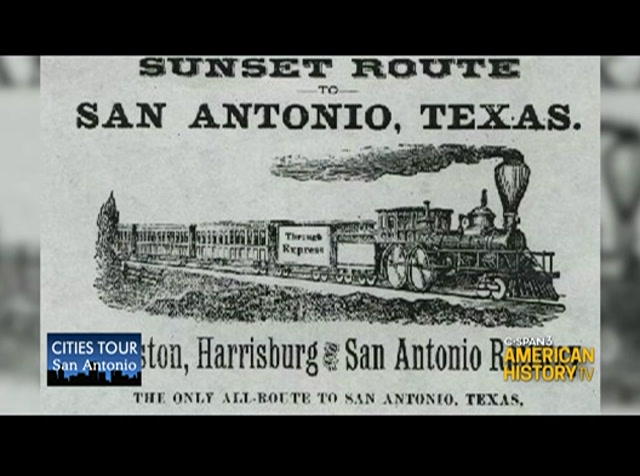 at this point, san antonio began to explode. been a topic of different publications in the united states. there's a great awareness of this. this did not totally please people like in houston. people whoordes of went to san antonio for a day. and they would come back and tell people how cute -- how city the -- how queer the was. san antonio is probably three hours from the mexican border,
4:55 pm 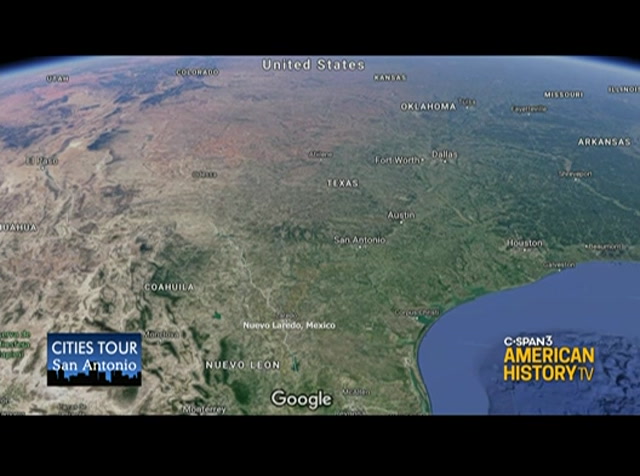 but the proximity to mexico has because ofeneficial immigration. revolution began in 1910. grande'ssed the rio and came into texas. tens of thousands came to san antonio. there were leaving citizens in the community. we have the first hispanic congressman in the 1950's and that has really helped make san antonio the type of place it is today. think it would be important for people to realize, amply to understand what
4:56 pm 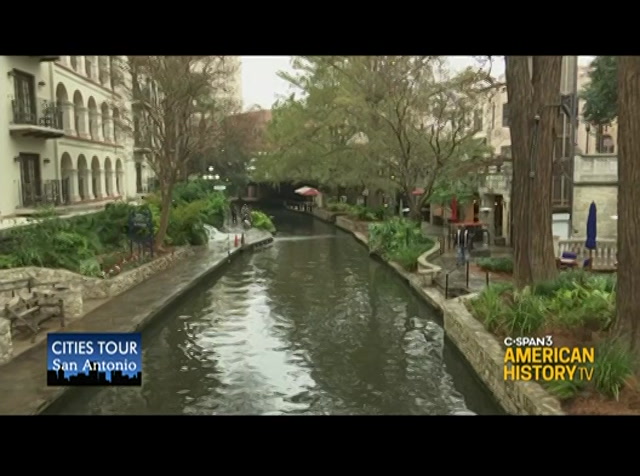 distinct and diverse city san antonio is, how significant its roots are in history. and how much it has contributed to the history of the country. our cities tour staff recently traveled to san antonio, texas to learn about is riches free. to learn more about san antonio and other stops on arch or, -- stops on our tour, visit c-span.org/citiestour. ♪ has changedn and since c-span began 41 years ago, but our mission continues. yeardy this week -- this we brought you primary election coverage, the impeachment process and the federal response to the coronavirus. you can watch all c-span public
4:57 pm 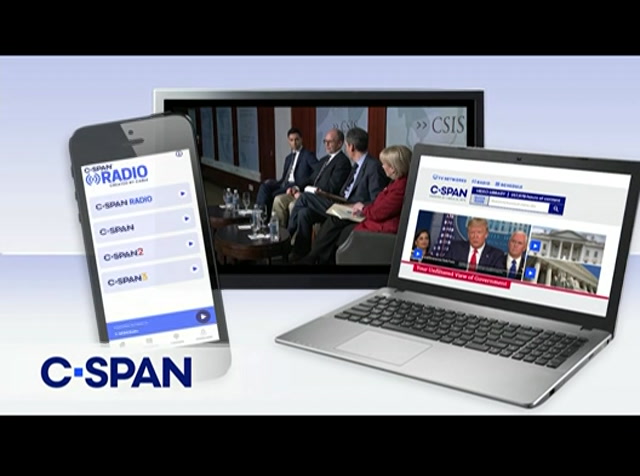 affairs programming on television, online, or on our free app. you can just pay through our washington journal program or our social media feeds. c-span, created through private industry, and america' as cable television companies and brought to you by your cable television provider. sunday, the book "prisoners of liberty." here is a preview. >> ok. here's the problem. capture 300 guys. maybe you can bring them back to london and put them on trial for treason and hang some of them. if youe you going to do have 3000? that's exactly what the british would do and fall of 1776 in new york. what would they do with these prisoners?
4:58 pm 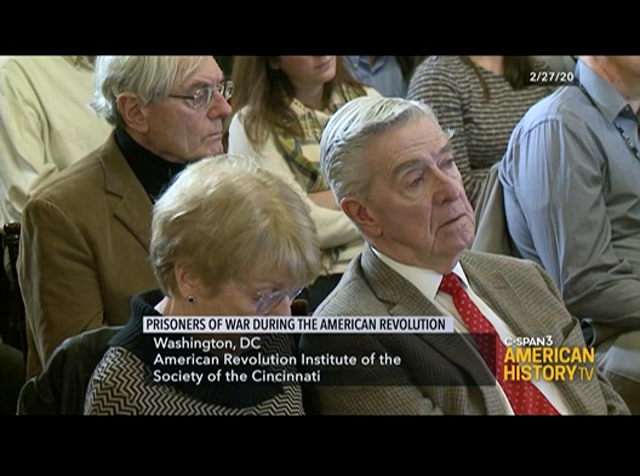 for the negotiate release. that would be legitimizing the americans. can't do that. nor can we send them all back to london. that would bog down our courts forever. bay, 1776, we are going to hold them indefinitely. new york city is burned. it is a ruin of a city. where is general how going to put these prisoners -- where is going to put these prisoners? troop transport ships. the most famous is the jersey. nonetheless, the conditions on the prison ships for these american soldiers are going to jersey primarily holds failures -- are going to be
4:59 pm 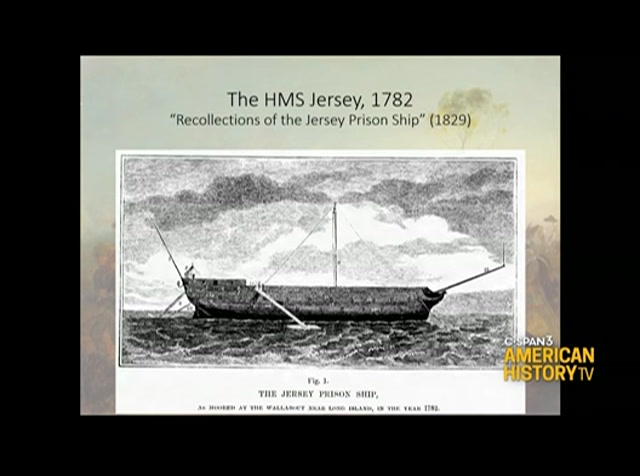 atrocious. you can imagine. the filth, the disease when he put thousands of people on a ship like that moored in the brooklyn harbor. consequently, fatalities are going to mount really quickly. that first winter of 76-77 is really, really deadly for the americans. estimate somewhere between 12000 and 18,000 american service personnel died during thecustody eight years of the revolutionary war. >>during the american revolution sunday and i crack a.m. eastern, 6:00 pacific on american history tv. >> in his book "captives of liberty: prisoners of war and the politics of vengeance in the " historyrevolution. professor t. cole jones illustrates inhumane conditions
5:00 pm 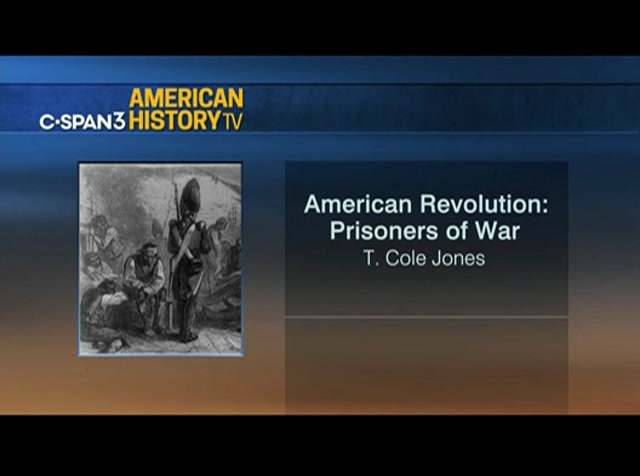 inside 18th-century prison camps and examines how the presidential congress don't with thousands of pows. a population that sometimes outnumbered the american army. next professor jones discusses his book at the american society of cincinnati. >> good evening, everyone. it's so nice to see you here this evening. good friends and new faces. clark, the library at the american revolution institute of the society of cincinnati. it is my pleasure to be the one to introduce t. cole jones, who will speak to us about his new book "captives of liberty: prisoners of war and the politics of vengeance in the american revolution." which has just come out from the university of pennsylvania press.
left
right
Borrow Program
tv

Historian Lewis Fisher talked about the arrival of Spanish explorers and the settlement of San Antonio including how their cultural influences are still observed today.